Don't try, you'll find
Was not your fault
The goal, reach out
The choice is yours to find

Design, you've got
The life to guide
Your faith decides
The world's your goal to find
[ Lyrics from: http://www.lyricsty.com/washed-out-amor-fati-lyrics.html ]
Relax, slow down
They'll hope, design
Even though he's hard to forgive
When you can't just fall in love
Just to know your thoughts you know that
Posted by Dave Kim at 12:17 AM No comments: 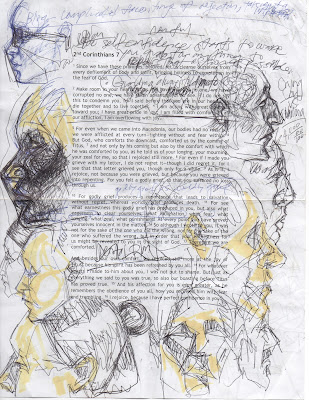 complicated face, tinge of rejection, taking it a little too personally

grandma always told me to close my mouth

High school regrets: acting like an adolescent idiot (really more embarrassing than regretful), 1.)Never being on the football team 2.)Never being on the drama team - I didn't even know we had plays back in high school, I don't know why. I think it would've been fun to act. I did take drama in college and I pulled off the dopest drunk, high man (a la Gary Sinise), who ransacks a living room, while going off on a half coherent ramble about life - I think it was True West. It was fun, so much that I continued in character through out the day. No one ever knew.

All through out the day my mom calls me. But she does that and it's usually about something like "did you get the thing you need to sign in the mail yet?" and between dinner and rushing to the show I didn't have time to get the calls. I finally call her back later in the evening.

"I didn't have an opportunity, I was seeing a play."

"Your uncle, Esther's dad is in a surgery right now. He had two burst vessels in his brain. We might need you to go to China." (in Korean/English)

At some point, being the oldest, able bodied male I've been unofficially/officially appointed as the care taker of all official family matters.

The story of what happened is complicated. It changes every few hours it seems. Things lost in translation. The game of telephone. Across oceans. Shady characters. People in custody. Ten officers guarding the room. China is shady. The way they do things. It's power play. Face needing to be saved. Shady American citizen incidents don't look good. We need things to happen. Move him from the countryside hospital to a better one in the city. Too dangerous to move him. No ones wants the responsibility. We need to play into the shadiness to make things happen, at least we scheme to but we eventually figure it out without needing to. All is looking up.

Esther wants to go, it's her dad, she goes to Tsing Tao, China (yes, where the beer is brewed) with my uncle, his brother. No need for me to go.

I fly to L.A., my dad picks me up in a trash filled pick up (it seriously looks like the inside of a trash can), no where to sit except by moving "trash", even then I end up sitting on some. We go to the motel, the one he owns. He lets me into the room the same one I always go to to wait for him while he takes care of business. The moment I enter I realize it's my uncles old room. Slightly cold, silent, charcoal, still. Eerie. Alone. I stand there for a moment. I leave. Walk over to the reception office, see Jim who forgot Mr. Kim had a son. Something's on television - I forget what. Jim talks about his coin collecting. I ask him if my uncle ever talked to him about his own coin collection. 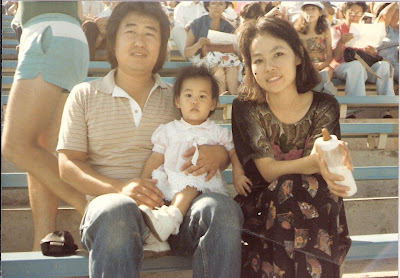