Our neighbor told us he had new tenants move into the previously empty flat right above where he lived. So we knew and started to notice previously unseen bodies coming to and from the building. The narrow lot butted right next to ours so whenever someone was on the back deck they could look right down over the fence into our yard and if I looked up I could see them. Conversation could be had a la Home Improvement.

I'd just gotten back from an intense trip to Korea working on a film. I was burned out on all things creative, so I did everything on my list of home improvement To Dos and started a garden which meant I was spending lots of time in the yard. For a while I just saw military fatigues hanging over the railing on the top deck. Then one day there he was smoking, young, black, shirtless, muscular, PJ clad.


"Hey how's it going? You just move in?"
"Yeah, a few weeks ago"
"Cool man I'm Dave, what's yours?"
"Joesh"
"Those fatigues yours? I've seem them hanging out there for a while, wondering who they belonged to."
"They're mine, just got out of the Army and came straight here. I don't need them anymore so I just leave them here to air out perpetually."
"I wanna hear more about that, how was that? But what are you up to now?"
"Just got out of the Army so I'm job hunting. Looking for anything really."
"Hey, you any good at organizing?"
"Yeah, I love it."
"Like figuring out places for things and creating a permanent storage solution type - organizing?"
"Look, you should've seen me in the Army, that's exactly what I had to do, I had to run the supply closet and make sure everything was organized."
"Ok then, I'm about to sit here and organize this shed, can I hire you to help me?"
"Yup, right now?"
"Yeah, come by and we'll get started."

15 bucks an hour, he could use the cash and I needed the help - a project I'd been dreading for years, it took all day - he started by pulling everything out, Elaine and my storage life strewn across yards of yard, it went well into the night, flash lights in hand, it leaked over into the next day. We talked, for hours he told me about his life growing up in Houston and life as a Army paratrooper - the training he went through, but finished his commitment before ever being deployed. I guess that happens, I mean of course that happens, when there isn't war, there isn't deployment to be had. I never met anyone who went through all that training not to use it but it leaked into life I'm sure, he was definitely disciplined.

But he went on tell me about Angela, how jealous she'd be if he told her he was organizing, because she loved doing it. They met at an overnight concert, when a friend invited him to hang out with a bunch of strangers he'd never met before. That initial meeting blossomed into something much more. He loved her so much he'd proclaim. Their relationship grew while he was away training and as soon as he was done he moved right into her room in this shared house in West Oakland. She spend her days working at Costco.

One day I drove home and and saw Joesh standing, waiting on the street corner, looking anxious, so I parked and walked over.

"You alright, man?"
"Yeah, I got locked out, just waiting for somebody to get home."
"You don't have keys yet?"
"I know, we have to figure that out."
"Just go to Home Depot and get them made real quick, it's just down the street, a fews bucks and takes minutes."
"What!? really, I thought it was a whole process, and costs like a hundred bucks."
"No, it's super easy and maybe 5 bucks at most."
"Ok, yeah we need to get that worked out."
"Anyhow, you should come wait inside the house."

We watched movies which he loved, he was a talker - he told me he had an interview, two in fact, we had to pause a few times so that he could field follow up call, we had dinner. Then when Angela came home we stopped the movie for the next time.

This happened a few times before they finally figured out the key situation - he ended up at my house on multiple occasions. He got both the jobs - Starbucks and Best Buy.

One of the times there would again be interruptions but this time it wasn't the Best Buy guys, it was clearly an angry Angela.

The time after, he left the room abruptly to argue with her.

Another time he'd just found out his cousin back in Texas died in car crash.

The next time he told me how Angela would tell him how much she hated him in passionate anger.

There was the radio incident and the time she didn't like it when he was venting about her via text to his best friend.

And the times she'd drive off to an unknown place without explanation and none upon return.

Then on one particular day he was outside crying, I invited him in..

"She's cheating on me, I know but she doesn't know I know."
He continued "When she'd leave I'd asker her and she never tells me and I never look in her phone but there's this guy she used to hang out with, and I looked and he's texting her"
He starts to read "I want you to come by" "No, I'm not like that."
"But I know that's where she's been going."

Then a few days later another incident. He runs over crying. This time we her speeds off in her car. He tells us he'd try so desperately to clam her but her anger was too fierce.

Then one day I run into him outside.
"Hey man how are things?"
Fully confident "I'm leaving, flying out at 6 pm today. I've had enough, I can't handle this anymore. It's over."
Shocked at the abruptness but soothed by the resolve.
"I was just going to say if you needed to crash somewhere while you figure it out, you could at our place. But I guess you're leaving, are you sure, you just got those jobs? You don't want to figure it out here?"

"I just have to go home and work for a bit but I'm going to be back, I already worked it out with my best friend, we're going to drive out here at the end of the year."

Despite the loss and pain here was hope and a plan for the future.

"Alright, then I would just call Starbucks and Best Buy and let them know your situation, so that you don't burn any bridges."

And he was gone.

Angela -attractive, young, Latina, I would see in passing getting into her car, getting out, I didn't want to judge or make assumptions, I'd only heard one side of the story - I'd make small talk just to keep it from being awkward. Slowly learning about her life. Last we talked she was interviewing for a new job at a bank.

I saw her the other day standing on the same spot where I first met Joesh - on the deck overlooking our yard.

"How'd it go? Did you get the job?"
"Yeah, but it's boring. Sitting down at a desk all day, it pays better but it's not like Costco. But I still have the Costco job so there's a nice balance. I was told there's an opening for a supervisor job at Costco so I'll apply for that."
"What's your dream?"
Caught off guard for moment
"My dream?" "To make enough money to get some land, build a house and farm."
"Nice, well, hope that happens. I have a garden here. Oh I guess it's behind the fence so you can't see."
"What are you growing?"
I name the long list of things as I look around, trying not to miss anything.
Just as the conversation is about to end.
"Hey, I just wanted you to know (a tiny hint of an accent), Joesh's mom just called me, I'm sorry to say, he passed away."
I'm trying to recall what I was thinking in the seconds between the first "I" and "sorry" wondering if I anticipated what she would say, but I can't. I was completely shocked.

She was unclear on exactly what happened. He was driving with some friends, one was drunk, 2 lived, 1 died,

I wasn't even sure why his mom called, the break up was so bad, but I was grateful to know.

In my last text with him he said he was coming back to Oakland in December.

Joesh Hicks, 22, a full life ahead of him, she was supposed to be one of many break ups he was to experience but it was his last.

I actually typed this out a few weeks ago but today Facebook reminded me... 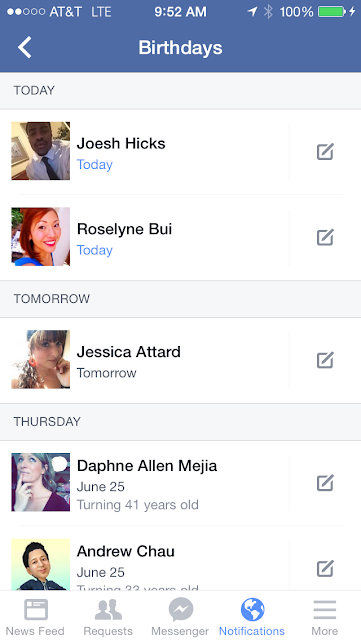