On Why the World Felt Heavy Today

The morning started with a conversation soon turned heated debate with my sister. My moms calls me last night and she's left the house again to get away from my sister. This is nothing new, it's a cycle that occurs every month or so, I don't need to listen I already know, it's like Ground Hog Day - the actions are repeated exactly with only the trigger being different each time. I'll get a call usually from my mom first then my sister, quietly hearing both sides of the story, just listening and saying not much because from past experience I know any advice would fall on deaf ears and defensive anger. But this time my sister called the next morning instead of that night. We talked, I got impatient and went right into what I thought the solutions were and the conversation turned heated, ending with my sister hanging up on me. I could've been more sympathetic but to me it's the same thing every time. Change is an absolute must but it doesn't seem to happen. The other thing about this is I see myself in my sister, shaped by the same forces, and for some reason that brings me down. I think because I feel I could easily be her and she could easily be me.

I'm having a sort of art crisis. I've had a busy summer and finally have a chance to get in the studio and make yet I'm stuck and I don't know how I want to paint, what I want to paint. I sit there and flip through instagram, looking at all the art on there searching for something, anything that could help me figure it out, but it's useless, I either hate or like everything which isn't helpful and just adds more to my personal confusion. And not to mention all the wasted hours, it really is crack and sex sells. And as a side effect I get my face rubbed into every other successful (or seemingly successful) career or adventure and look at my own lack of. I'm not saying I'm not successful, I bet by some standards I've gained relative success but I'm not where I'd like to be which is also unclear as to what that would look like, I guess I'd know when I get there. But the success thing also adds to the heaviness.

In a few weeks I'll be flown out to NYC, picked up via private transport, put up in a hotel, paid handsomely to paint the offices of a "INC 500 Fastest Growing Companies" company, like a king. And I could paint whatever the hell I want - any artists dream - but given my current existential crisis it terrifies me. I have no idea what I'd do and I have doubts about my ability, even though I always pull it off, and the platinum treatment makes it so much more worse, so much pressure.

Then because I sit there in the studio filled with anxiety I procrastinate, and because the current events in the middle east fascinate me I tend towards that. I watched the feature length film put out by ISIS "Flames of War", an incredibly well edited, well shot propaganda film about the history of ISIS. In it they are all about Allah, truly passionate, true believers, truly faithful, in some scenes crying in gratitude towards Him after a victory. I believe this faith is what make them such fierce fighters, because life is inextricably connected to this greater power beyond this world. But it's profoundly disturbing to me, this amount of fervor and the piles of bodies, so much blood, death and bodiless heads in relation to this God. There's either some amount of twisted deception or everything I believe true power is supposed to be is wrong. At the end of the movie they talk to captured soldiers digging their own graves and interview them about this, sadistic, while another group of soldiers sit in a line on their knees with pistols pointed at the back of their heads awaiting their fate. It's crazy to see people alive that are going to be dead in a moment. It reminds me of a ball I was once invited to for a girl with terminal cancer, I didn't go, the invite itself was too much. I wonder why the digger armed with shovels don't make a last ditch attempt to knock out a guy and take one gun, mow down the rest, I've seen it done 100 times in movies. But maybe there's something better about dying with resigned dignity? And then I watch them fall forward as the smoke exits the barrels of the respective guns pointed inches from their heads. And then I wonder about the cases of PTSD in America, few but each so horrifying, and then think about entire peoples with the same thing, what does that do?

As these things go, at the end of "Flames of War" there's a compelling image or text for the next thing, and because I'm addicted now I click. Nigerian Beheaded by Boka Haram. I watch as a captured Nigerian Air Force pilot tries desperately to talk his way out of his fate, pretty sure but hopeful of his fate, as he gets interrogated. Then the captors start singing/chanting about his fate and he knows and it happens.

And on to the West African doctor who volunteered for Doctors Without Borders to fight Ebola, contracted it but survived, while his wife didn't believe the disease even existed and died from it with her daughter. Even more than the disease itself this unbelief bothers me. The stories of quarantine tents getting raided and volunteers who are trying to inform people of Ebola being slaughtered. I'm sure it has layers of complexity and history that I will never understand.

She Tweeted Against the Mexican Cartel. They Tweeted Her Murder. Unable to resist I again *click. In the Mexican state of Tamaulipas cartels have taken over and declared a media blackout so local citizens took matters into their own hands and used social media as a means to report on the daily events. Felina was the bravest and most ardent fighter for this freedom of expression. She remained anonymous but they found her accidentally, kidnapped her because something else and looked on her phone. Using her Twitter account they posted a live picture of her and then another one of her on the floor, shot dead. Evil persists.

At the end of the night, after Elaine got home from work we head over to Highland General Hospital to visit our friend Akim. Akim was homeless, stayed with us for a short time, and about 2 weeks ago had to go in for emergency brain surgery to remove a tumor. He was sleeping this time, very peaceful looking, half of his body covered in white tape and bandages attached to 10,000 tubes, only small squares of his dark skin visible. But the visual of his lifeless body plus the last thing the nurse said "his condition is going down when we need it to go up" made me think of his life and very possibly his death.

So we go out and for once I know exactly what I want to eat - pasta. I get straight up spaghetti with meatballs topped with meat sauce and drown the heaviness I feel on the entire dish that could probably easily feed two. And now I feel mentally burdened but physically heavy too. 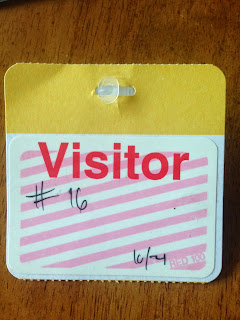